An Investment in our Children

With a commitment of nearly $30 million, the Pittsburg Unified School District awarded F&H Construction a contract to replace Heights Elementary School in its entirety. 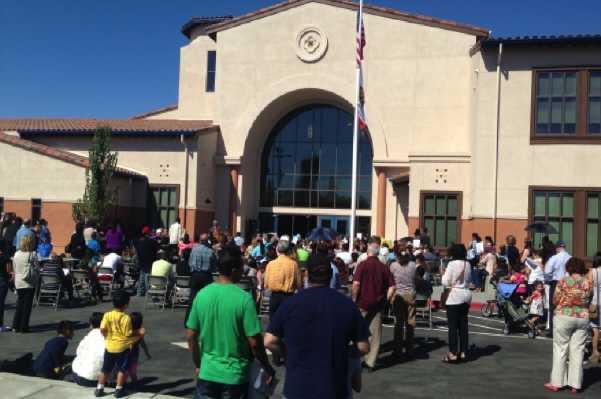 At the ground-breaking ceremony on August 14, 2013, the District and community dignitaries announced with great pride their commitment to the continuous improvement and modernization of Pittsburg schools.

Phase 2 is underway, which includes the demolition and removal of the obsolete school buildings and the construction of additional playgrounds and new athletic fields in their place, including a baseball diamond and a soccer field, along with site improvements, including drainage reservoirs and hardscape.

With extraordinary budget and schedule challenges, F&H met the District’s timetable to open the new school facility within one year of the issuance of a Notice to Proceed.

The significance of this achievement was noted at the Ribbon Cutting Ceremony on August 23, 2014. Deputy Superintendent Enrique Palacios said “the new Heights Elementary School represents the District’s commitment to equity, high expectations, and collaboration. This project keeps the promise to voters in 2010 Measure L to build a new Heights Elementary School.” He also cited F&H’s support and assistance to the District in achieving its investment in the educational future of its children.

Echoing that Deputy Superintendent, the Senior Project Inspector Chris Gallup said the he “found F&H Construction to be an excellent Company to work with throughout the Heights Elementary School project. When issues arose, they approached them, as a Team member, to get the project done.”